Here you can observe various coins illuminated by LED. Some of the coins, embedded in glass plates, can be viewed from both sides. 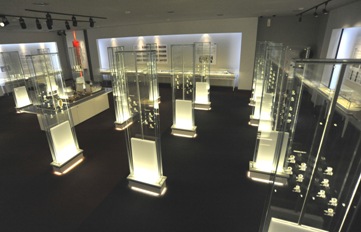 The exhibition on this floor includes ancient Japanese coins such as "Fuhonsen," "Wadokaichin" and "Kochosen," ancient Chinese coins such as "Knife money," other old coins such as "Obang" and "Kobang," gold and silver coins produced during the Meiji era, other commemorative coins and foreign coins. 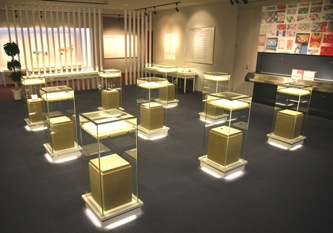 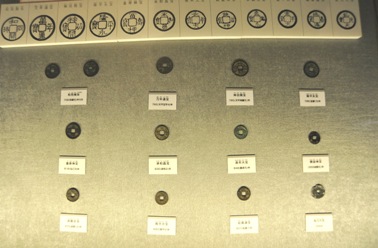 "Tensho-Obang" was a gold coin made by Hideyoshi Toyotomi. The fineness of this gold was high; it was one of the largest gold coins in the world. 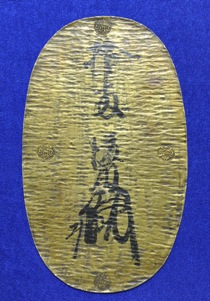 The "Takenagashikin," manufactured during the era of Hideyoshi Toyotomi, was made by pouring gold into a bamboo-shaped cast. This example was found in the Yodo River in Osaka in 1935. 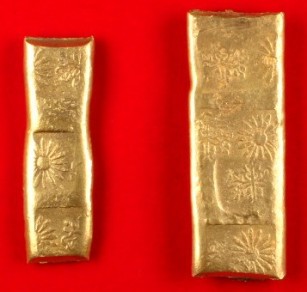 Under the gold standard system, the Meiji government issued new coins to control and stabilize the circulation of currency after the Meiji Restoration. When coin design was discussed, it was initially proposed that the portrait of the emperor be used in the design. This proposal was rejected, however, for fear that the august portrait might be profaned in circulation. For this reason, the dragon design was used instead. 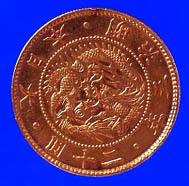