Back to About Coin 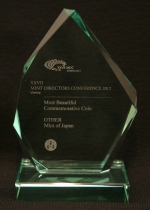 Each member mint can enter one coin per category. The Most Beautiful Coins and the Most Technically Advanced Coins are selected by a vote of the member mints for each category.

2012 Most Beautiful Coin (Commemorative Coin (Others))

Image of The 60th Anniversary of Enforcement of the Local Autonomy Law (Iwate) 1,000 yen Silver Coin

Image of The 20th Anniversary of His Majesty the Emperor's Enthronement 10,000 yen Gold Coin

2002 Most Beautiful Coin (Commemorative Coin (Others))

Coin of the Year 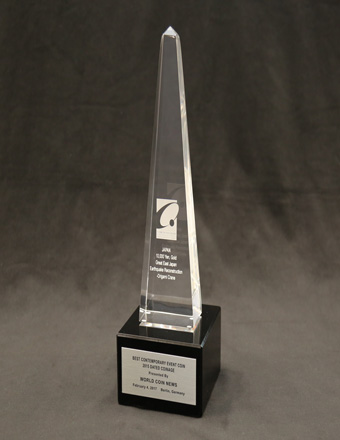 Coin of the Year (COTY) competition was started by Krause Publications in 1984. Since 2019, the World Coin News, a division of Active Interest Media, has held this competition.

Back to About Coin