This exhibition, featuring materials used during the period just after the Mint's establishment, includes "The Balance," products that have been manufactured by the Japan Mint and panels explaining the process of manufacturing coins etc. In addition, there are sections named "theater corner" and "experience corner." 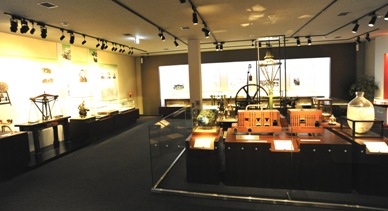 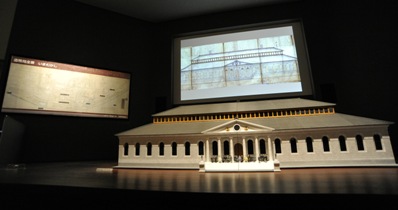 This balance, produced in 1876 by Ono Norichika, one of the engineers involved in the Mint's establishment, was used to weigh production such as gold coins. This type of balance is still used in the annual coin test.

The gas lamp was once a symbol of modernization. At the time of the Mint's inauguration in 1871, there were 65 gas lamps on the Mint premises and in nearby streets for outdoor lighting, and 621 gas lamps inside the factory and Mint offices for interior illumination – a total of 686 lamps. 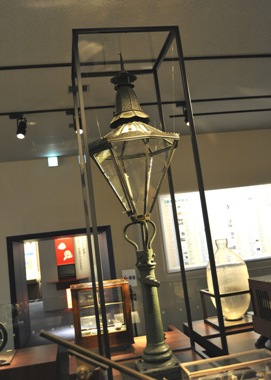 The Japan Mint was first in Japan to use the double-entry bookkeeping system, under the guidance of V. E. Braga. 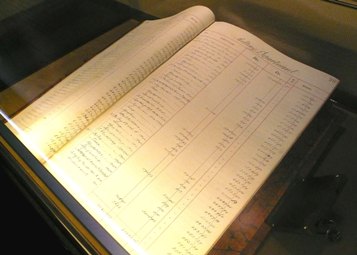 Since Japan at that time did not have a typographic printing system, this dictionary was printed in Shanghai in 1867. It was used by T. W. Kinder, the director of the Mint. 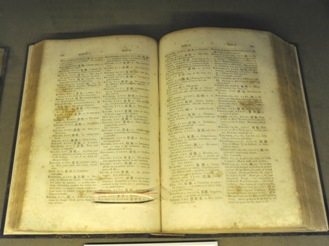 Miniature of Facilities for Producing Sodium Sulfate and Other Industrial Products

Utsunomiya Saburo, who was revered as an authority on chemistry, designed and supervised the construction of this miniature of the facilities for producing soda salt, crude soda and sodium sulfate. At the time, technology had not developed to a point where it was possible to create facilities from a drawing, so a miniature like this, one-tenth actual size, was created and used as a basis for construction.
This miniature was registered by the Ministry of Economy, Trade and Industry (METI) as the "33 Heritage Constellations of Industrial Modernization : The Sequel" in February, 2009. 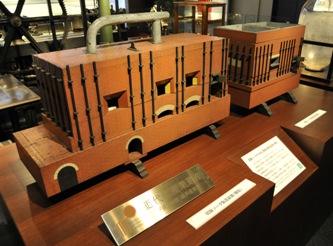 The 18th summer Olympics was held in Tokyo in 1964.Although there are currently no definitive standards for Olympic medals, until the 2004 Sydney Olympics the standards specified by the Olympic Charter were applied. According to those standards, gold medals had to consist of a silver base with at least six grams of gold plating, silver medals had to have a silver concentration of at least 92.5% (100%, in the case of Japan), bronze medals had to be made of bronze, and the medals had to bear the name of the event. 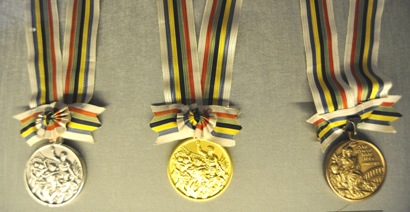 The 18th winter Olympics was held in Nagano in 1998. Cloisonné enamel and lacquer techniques were used for those medals. 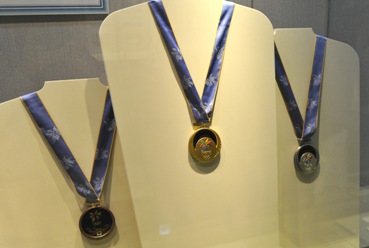 This award was established in 1977 to honor individuals who are widely respected by the public, give great hope to society and have attained outstanding achievements. The Japan Mint has manufactured the plaques for this award since presentation of the plaque to Machiko Hasegawa, 10th winner of the award. 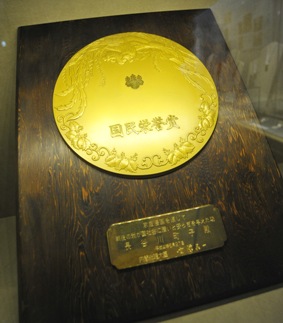