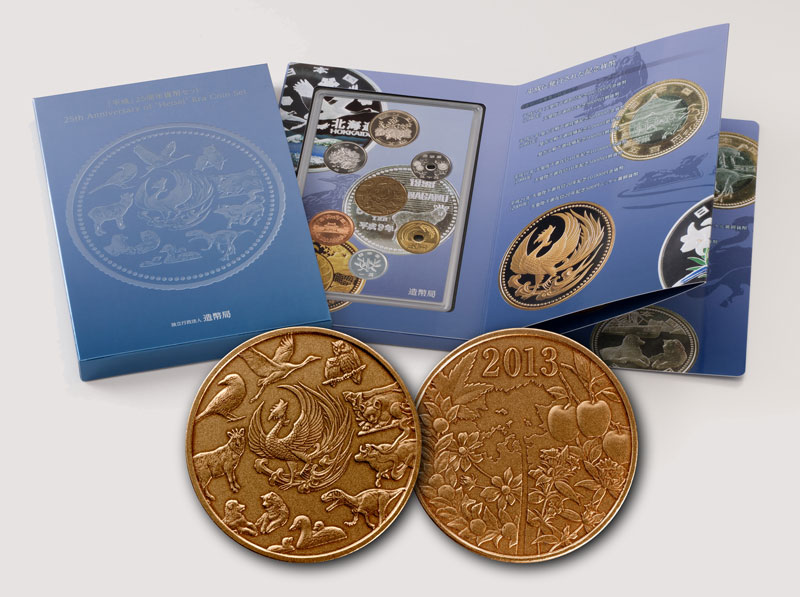 It has been almost 25 years since the era name was changed from "Shōwa" to "Heisei" on January 8th, 1989. On this occasion, Japan Mint is proud to release the 25th Anniversary of "Heisei" Era Coin Set.
This is the most unique coin set including not only six Japanese regal tenders issued in this year "Heisei 25 / 2013" but also a special red-brass medal whose designs are taken from those of various commemorative coins issued in the 25 years since the beginning of the Heisei era. In addition, the book-shaped paper case and the plastic display case show pictures of the original coins, which were issued to celebrate the major national events during the period.
We are convinced that collectors of modern Japanese coins will surely find this special coin set interesting to themselves, coming across their favorite, familiar coin designs in it.

* Heisei (era name) is the reign of the present emperor Akihito. In Japan, one era name is used for each imperial reign.

For People’s Republic of China (including Macao) and Taiwan