One-sixth of Shiga's total area is covered by Lake Biwa, the largest lake in Japan. Lake Biwa is not only the most important water source for the people live in the main part of the western Japan, but also one of the world's precious few ancient lakes with four millions of history. So, it is a home to many rare creatures not found anywhere else. The obverse also features little grebe as the prefectural bird, which tend its baby at the back of the body, and Ukimido temple constructed to pray for safety of lake transportation.

Biwa catfish and round crucian carp are indigenous species living in Lake Biwa. 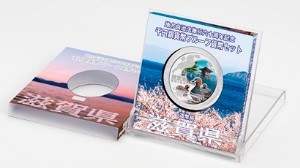 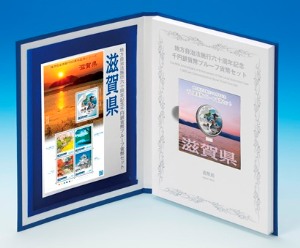 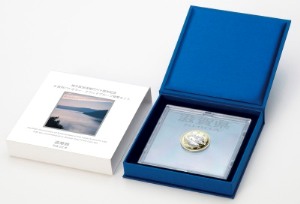 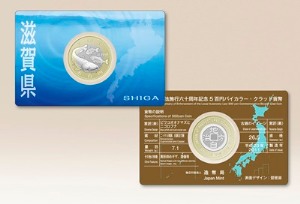 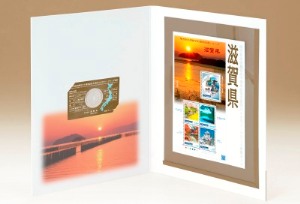 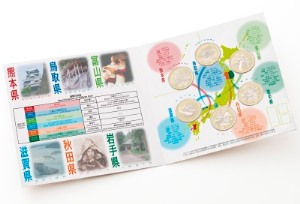