Nara is close to Osaka city. Nara was the ancient capital of Japan, even older than Kyoto. In addition to Kyoto, there are many famous temples and shrines in Nara.

2010 is the 1300th Anniversary of the Nara Heijo-kyo Capital. "Daigokuden Seiden" was the Former Imperial Audience Hall at Heijo Palace in the Heijo-kyo Capital, and is now being reconstructed. In those ancient days, the Emperor appeared in Daigokuden Seiden and national ceremonies were held there. Most of the Heijo Palace ruins have been preserved as a national historic site and a UNESCO World Cultural Heritage Site.
A type of cherry blossom called "Nara-no-yaezakura" is the prefectural flower of Nara. Literally translated, "Nara-no-yaezakura" means a double cherry blossom tree in Nara.
"Kemari" is a ball game that is said to have come from China to Japan approximately 1,400 years ago and was played by aristocrats during ancient times in Japan. It has been passed down through the generations and is still played today. There are no winners or losers in this game, as the objective is simply to pass the ball to fellow players.

Japanese envoys to the Tang Dynasty played an important role in international cultural exchange during the Asuka and Nara periods in ancient Japan. The design was taken from Toseiden-emaki, scrolls showing the history of Ganjin, a Chinese monk who propagated Buddhism in Japan. He came to Japan by Kentoshi-sen and opened the Toshodaiji Temple in Nara prefecture. 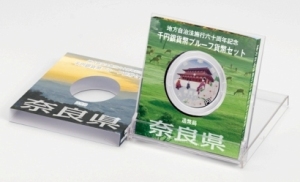 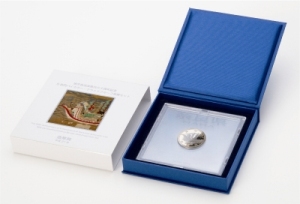 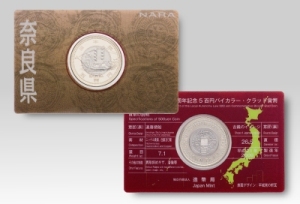 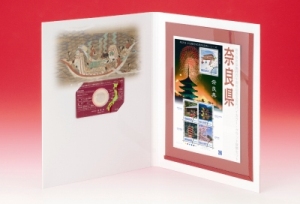 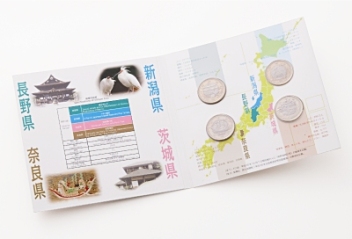